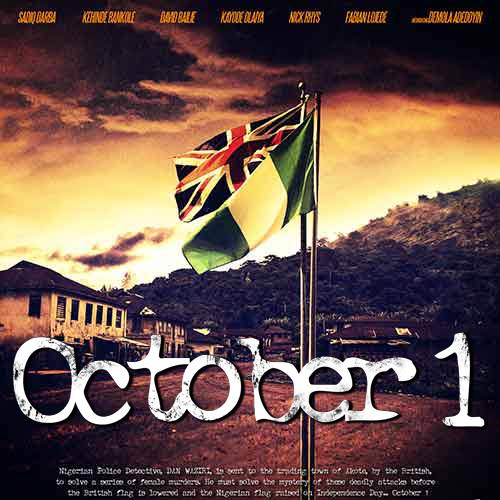 The film opens with images of a young lady being raped by a seemingly unknown man. Inspector Danladi Waziri (Sadiq Daba) is summoned by the British colonial military to present a draft of his findings on the series of virgin killings that has occurred in Akote. The film flashes back, as Daba narrates his story on his observations and experience from his arrival in the town of Akote; he is warmly received by Sergeant Afonja (Kayode Aderupoko). On arriving the village square, Danladi notices the villagers celebrating a horse-rider, who is later noted by Afonja to be Prince Aderopo (Demola Adedoyin). He just returned from the city, as the first university graduate in the community. Danladi observes physical and circumstantial similarities in the deceased virgins, and deduces it must be serial killing. Danladi and Afonja continues in their investigations; the officers interrogates Agbekoya (Kunle Afolayan), who is the owner of the farm where the last lady was killed. Agbekoya denies any knowledge of the events that led to the killings and is subsequently freed by the inspector Waziri due to his perceived language barrier between them. After being cautioned by the Oba about his late night movements, Prince Aderopo visits the village bar, where he meets his childhood friends, Banji (Femi Adebayo) and Tawa (Kehinde Bankole); the trio discuss the coming independence and their pasts. One of the guards assigned to protect the prince evades his post to spend some time with his lover, close to the stream. Afonja and Danladi questions the traditional priest, Baba Ifa (Ifayemi Elebuibon) on their way out of the bar, he replies their questions proverbially and says that the killer will continue to kill until he is satisfied. The next day, the dead body of the lover to the guard who fled his post is discovered. Danladi as a result orders the arrest of Baba Ifa; Afonja out rightly refuses to carryout the order, he is suspended from his job and replaced by his deputy, Corporal Omolodun (Fabian Adeoye Lojede). Corporal Omolodun, however is eventually killed by the serial killer after Omolodun tries to trail him along the bush-path. An Igbo farmer, Okafor (Kanayo O. Kanayo) along with his tribesmen, capture a travelling Northerner claiming that he is responsible for the death of his daughter. The accused man is taken into custody by the police, but still maintains his innocence. Danladi informs his superiors that he will be closing the case, since he has found the killer. As he is about to transfer the Northerner away from Akote, Okafor throws a machete at him, piercing his heart. Even in his dying breathe, the man still insists that he didn't kill the girl. Okafor, who repeatedly affirms his actions as doing what a real man would do, is taken into custody. At night, the villagers gather to celebrate the victory over the presumed dead killer. Dandali is persuaded into drinking against his will. On his way out he hears someone whistle a tune he was earlier told by the Northerner to be from the killer. The killer approaches him but he is too drunk to identify the face, and is assaulted by the killer. Afonja sees him lying on the road and takes him to his residence. Afonja and his wife gave him herbs for relief of his constant catarrh. During the process of his recovery from his fever, he recollects the face of the killer. The next morning, he goes to the market square to observe the body language of Prince Aderopo, who suspiciously stares at him in confidence and even winks at him that there is no evidence to prove he indeed killed the girls. Danladi visits Tawa in the school she works as a teacher, in order to question her about the relationship she has with the Prince. Danladi discovers that Aderopo and Agbekoya are both recipients of a scholarship from a reverend father in the town, Father Dowling (Colin David Reese). Danladi visits Agbekoya, and Agbekoya reveals to him that they were constantly molested by the Reverend Father in Lagos city. At a celebration On the eve of Independence, Prince Aderopo invites Tawa to their childhood hideout, which has been renovated. Danladi and Afonja try to trail them, but were unsuccessful; Agbekoya helps in locating the hideout. On getting there, Aderopo is about to make Tawa his sixth victim, representing the end of the six years of violation he received from the reverend father. Tawa is saved. The film shifts back to the present day, as Danladi concludes his account to the British officers. The officers are against his desire to speak the truth on the identity of the real killer and they instruct him not to tell anyone about it. He reluctantly succumbs to the pressure for the sake of a peaceful independence.

Write a review for October 1